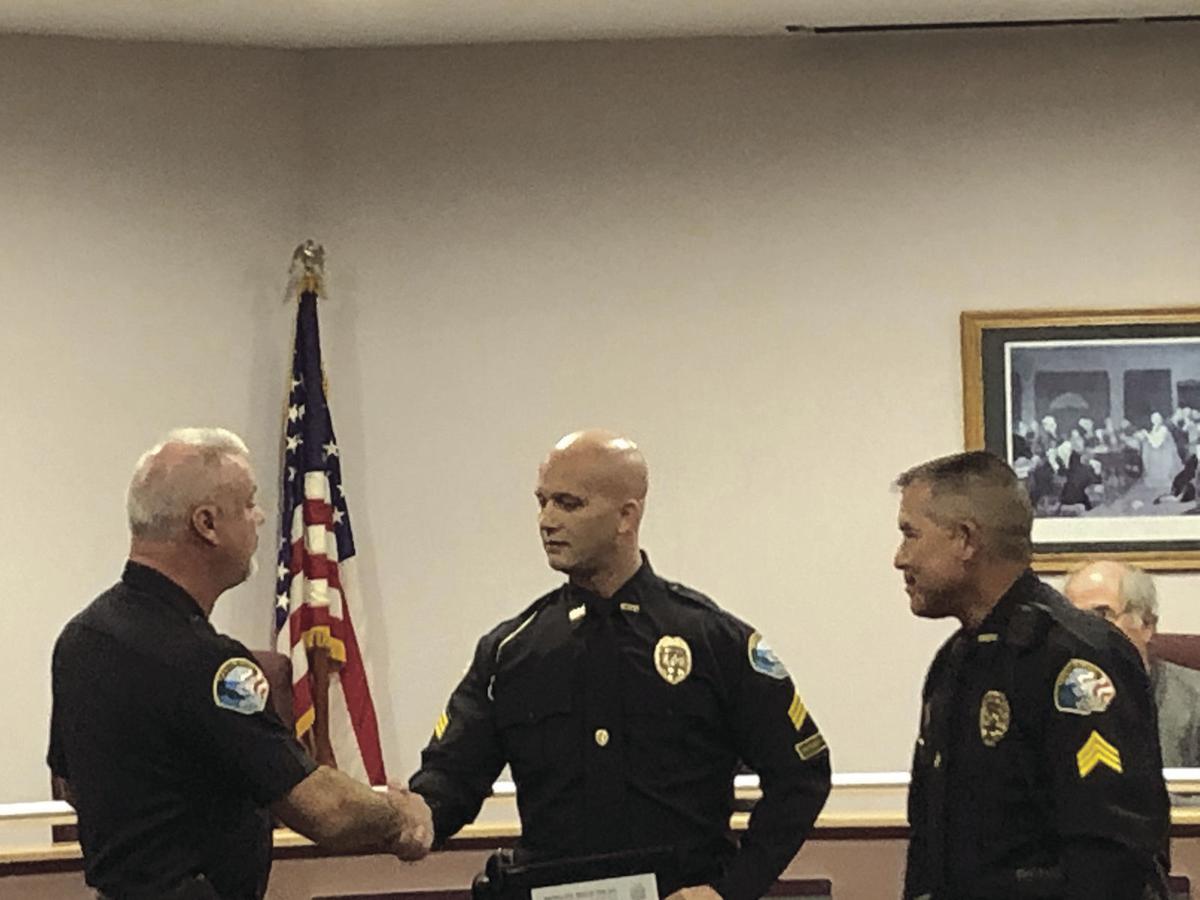 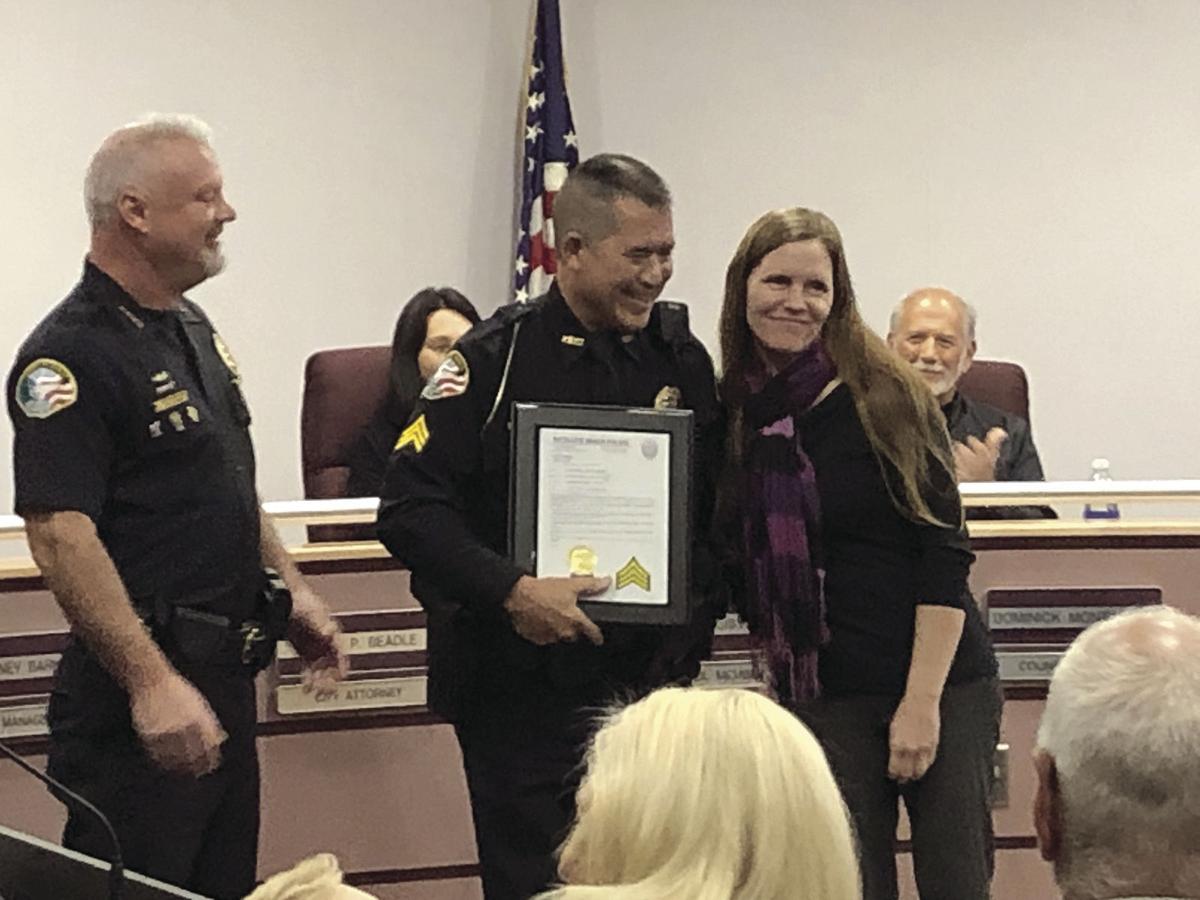 Patrol Sgt. Don Triebell and Detective Sgt. Anthony Holland were given special recognition for their dedication to the department and its citizens along with their awarded promotion.

"Not only is he an outstanding cop, not only is he a good person. He's got the community absolutely invested. Everything he does is for the protection of this city."

Both officers had gone through their full requirements, exams and were put on an eligibility list to await promotion. Prior to the city council meeting, Chief Parsons gave attendees a small introduction followed by presenting the officers and their families with a badge pinning ceremony.

Chief Parsons then gave an account of an incident in which a resident's home was burglarized. After the burglary, Sgt. Triebell helped her fix her front door while off duty.

"He can go from talking to a little kid and trying to calm him down if he's upset, to going hands on with a big, giant dude that just decided he's not going to jail today. He can do it all and everything in-between," Chief Parsons said.

Sgt. Triebell, a native of France who became a U.S. citizen in 1969, worked for Winn Dixie for over 20 years before pursuing a career in law enforcement. He was joined by his girlfriend, Kim Lormier who helped pin on his badge.

"If you want to talk about dedication to service, someone who's a go-getter, this is the guy. If you have a problem, you say, I've got an idea, let's get Detective Holland and he'll take care of the problem," Chief Parsons said. "I've never seen someone so dedicated to doing what's right and going out and protecting the community."

The chief praised Det. Sgt. Holland's work ethic and attributed his devotion to service from prior law enforcement opportunities.

"I see him talking to victims and working cases and no, there's nothing that goes unchecked because he wants to do the right thing," Chief Parson's said.

Chief Parsons explained that adaptability and versatility are some of the components to fostering and promoting a successful and productive department.

"I say this at every swearing in I do," Chief Parson said. "You can teach just about anyone to be a police officer, but being a cop in Satellite Beach is special."