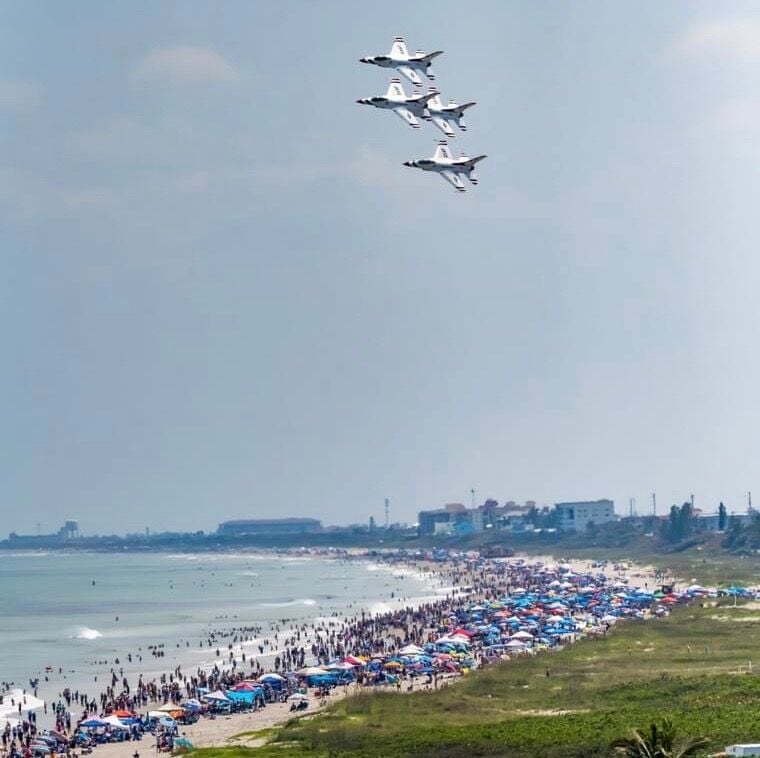 Total hotel occupancy in the Cocoa Beach/Cape Canaveral area on Saturday night April 17 reached 87.6 percent, within a few percentage points of the best prime season occupancy of 90 percent in mid-March. 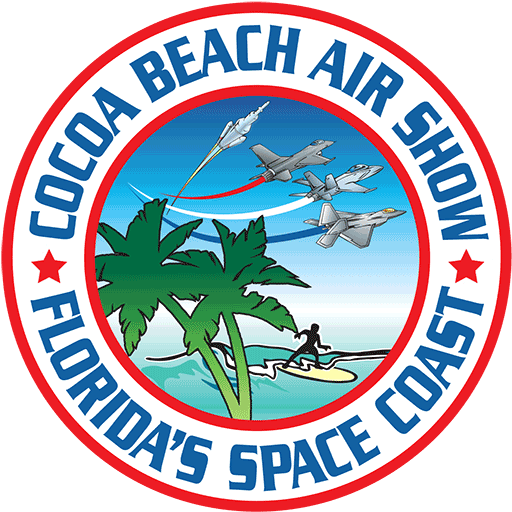 COCOA BEACH – The U.S. Air Force Thunderbirds were not the only thing soaring sky high last weekend -- Brevard’s tourism economy saw one of its best weekends since the start of the COVID pandemic.

An estimated 100,000 spectators lined the beaches on Saturday April 17 from Patrick Space Force Base to Port Canaveral to catch a glimpse of the Cocoa Beach Air Show, presented by KelTec.

Total hotel occupancy in the Cocoa Beach/Cape Canaveral area on Saturday night reached 87.6 percent, within a few percentage points of the best prime season occupancy of 90 percent in mid-March. Restaurants, amusements, and other area businesses saw an influx of people as destination visitors from around the state and the nation flocked to the Space Coast for the weekend.

“The bottom typically drops out on hotel occupancy two weeks after Easter,” said Peter Cranis, Executive Director of the Space Coast Office of Tourism. “As expected, occupancy fell into the high 50’s/low 60’s early in the week leading up to the air show, then skyrocketed back on Friday night. It clearly demonstrated the economic impact generated by the event.”

“Our hotel was sold out since early March,” said Debra Green, General Manager of the Hilton Cocoa Beach, headquarters hotel for the event. “Saturday was also our best day for food and beverage sales in over 14 months.”

Even hotels to the north in Cape Canaveral did well due to the compression created by the influx of spectators for the air show.

“It’s wonderful to have the Cocoa Beach Air Show back in town. Such a great event for residents and the tourism community! This event certainly helped fill the hotels last weekend,” said Tom Hermensen of Ocean Partners Hospitality, which owns hotels in Cocoa Beach and Cape Canaveral. “Nearly every hotel in town was sold out.”

The Thunderbirds kicked off their 2021 show season and debuted a new performance routine, the first major redesign in over 38 years. Air Force air power was on full display with five different aircraft performing including the F-22 Raptor, A-10 Warthog, C-17 Globemaster III and two heavy bombers, the B-1 and B-52.

“We were able to bring a world class air show to the community because of the support of the Space Coast Office of Tourism and the 10 area hotels that provided rooms to host such an all-star performer lineup,” said Bryan Lilley, Chairman of the National Air, Sea and Space Foundation, organizer of the show. “We’re very happy the Cocoa Beach Air Show was such a success for the tourism industry that has been so badly impacted in the past year.”