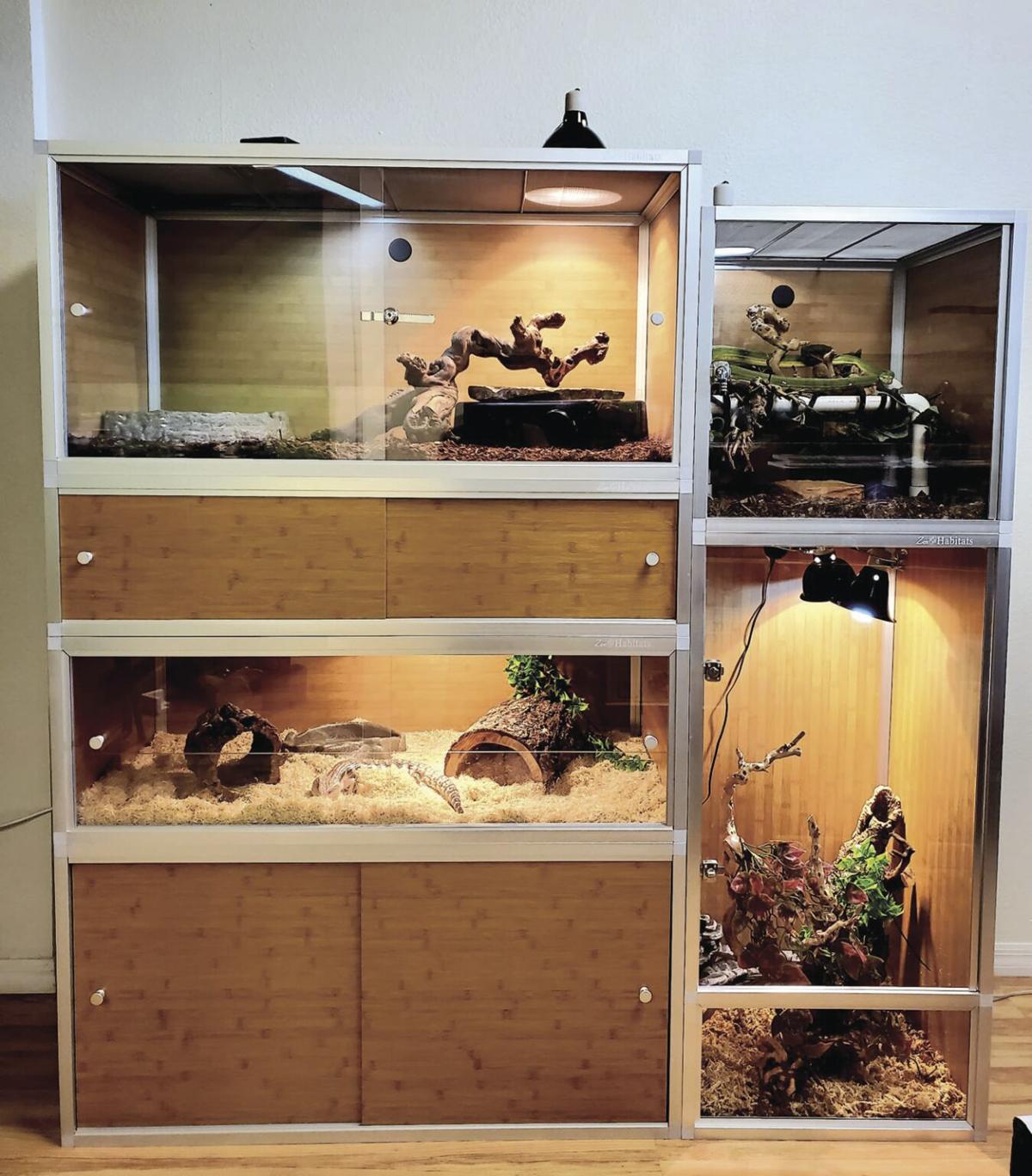 Lily Pad Pets offers a wide variety of supplies and the latest enclosures that are both coast effective and ideal for creating a natural habitat. 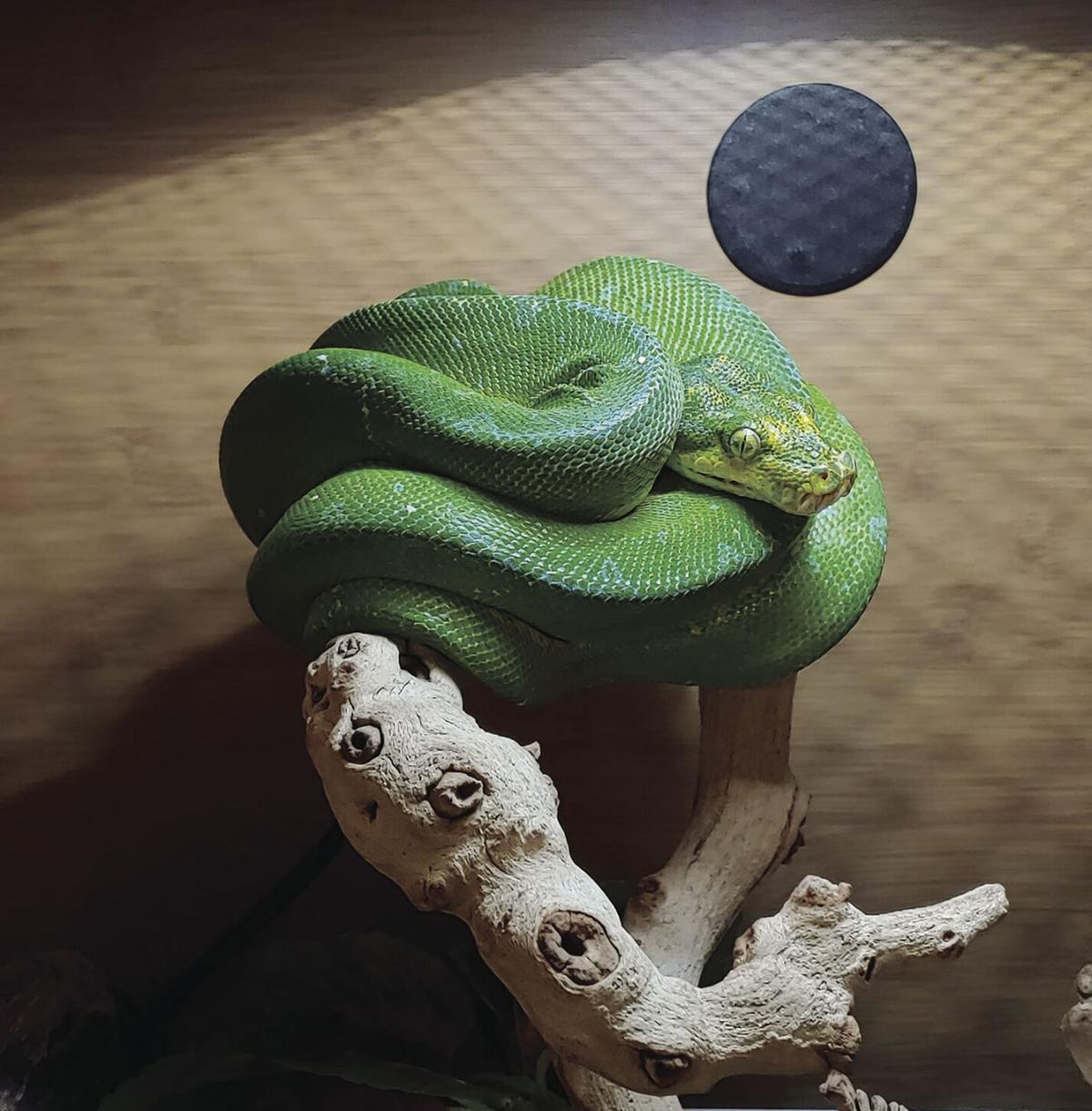 Lily Pad Pets is the only specialty reptile store in the county, offering a wide variety of snakes, lizards and supplies.

The store will be celebrating its third anniversary on Jan. 19 and moved to its new location in September, 2020.

Lily Pad Pets relocated from the Renningers Flea and Farmers Market so it could expand. During the beginning of the COVID-19 pandemic, Renningers was forced to close temporarily, leaving the Elannan's no location for their supply orders and customers.

To solve this, they operated out of a storage unit at Babock Storage and Business Park in Palm Bay to accommodate customers' needs during the pandemic.

"We've got an amazing customer base. I would say at least 80 percent of our customers followed us here," she said. "It took us a long time to figure out where to open because we were in Melbourne and we had customers coming from Vero Beach and Titusville."

Their new location, on Stack Boulevard in Melbourne, is nestled between the Palm Bay-Melbourne border.

At 11, Mrs. Elannan was volunteering at animals shelters and later worked for Pet Smart for nearly a decade. Now, she and her wife are dedicating their talents to the variety of reptiles and critters at Lily Pad Pets.

"It's a business, but it sort of started as a hobby. It was passion so, why not, let's try it," she said. "As time went by we realized that it was really blowing up."

Mrs. Elannan initially didn't have specific experience with reptiles, but later took over that department at a local pet shop. With a limited number of reptile specific shops in the county, Lily Pad Pets success is largely due to repeat customers and the advantage of being the sole shop of its kind.

The Elannan's attention to detail and personal connections to both the reptiles and their owners are easy to see.

Although Florida is no stranger to a variety of reptiles, some require habitats or dietary advice to ensure proper health. Lily Pad Pets sells a variety of different brands of naturalistic habitat accessories such as mosses, feeders, hides, and so much more. Lily Pad Pets also specializes in live food ranging from mice to roaches. A wide variety of canned supplements and food mixtures are also available.

"Supplies is our focus. If you go places you tend to find that not a lot of places give the proper variety to properly take care of your critter," Mrs. Elannan said. "We're really geared towards naturalistic and bio active set ups."

The shop specializes in enclosures and habitat additions that imitate the natural world.

"Our focus is on feeders so that they are getting a variety to feed your animal with healthy food and supplies so that you can properly care for them. We sell the animals and to us that's just icing on the cake...but to me that's not our focus," she said. "Our focus is making sure the reptiles you have at home are properly taken care of."

They also take in rescued pets to be housed and rehabilitated.

"What we've found, unfortunately, is reptiles are disposable pets," Mrs. Elannan said. “It’s not the puppy dog commitment. It’s something that becomes a burden. It’s much easier to open the door and let them go out there and live”

With an abundance of knowledge on the Internet and social media, many of these pet owners get conflicting information pertaining to their care and upkeep.

"A lot of people don't have the tools or the information. Going online can give you so much conflicting information. So it's really getting people to understand that although there is a standard for a species, they're individuals. So you have to cater to the animal and not just the species."

Because reptiles are considered exotic pets, the tendency to be frustrated or confused as to their care is often common. According to the couple, it's the reason they're in the business.

"We want a mom (or dad) who is uncomfortable with snakes or other reptiles to feel comfortable coming in, asking questions and sometimes leaving with a new reptile of their own," Mrs. Elannan said. "I want people to ask questions. That's a huge thing for us; education. One question that may seem silly might be something quite dramatic for the health and well-being of the animal."

The Elannan's not only care about the health and safety of their reptiles, but also that of the customers and themselves.

"We have more space so we can properly social distance and we've actually seen an increase in our customer base because people feel safer here."

Lily Pad Pets is located at 4970 Stack Blvd., Suite B5, in Melbourne. Masks are required when visiting.