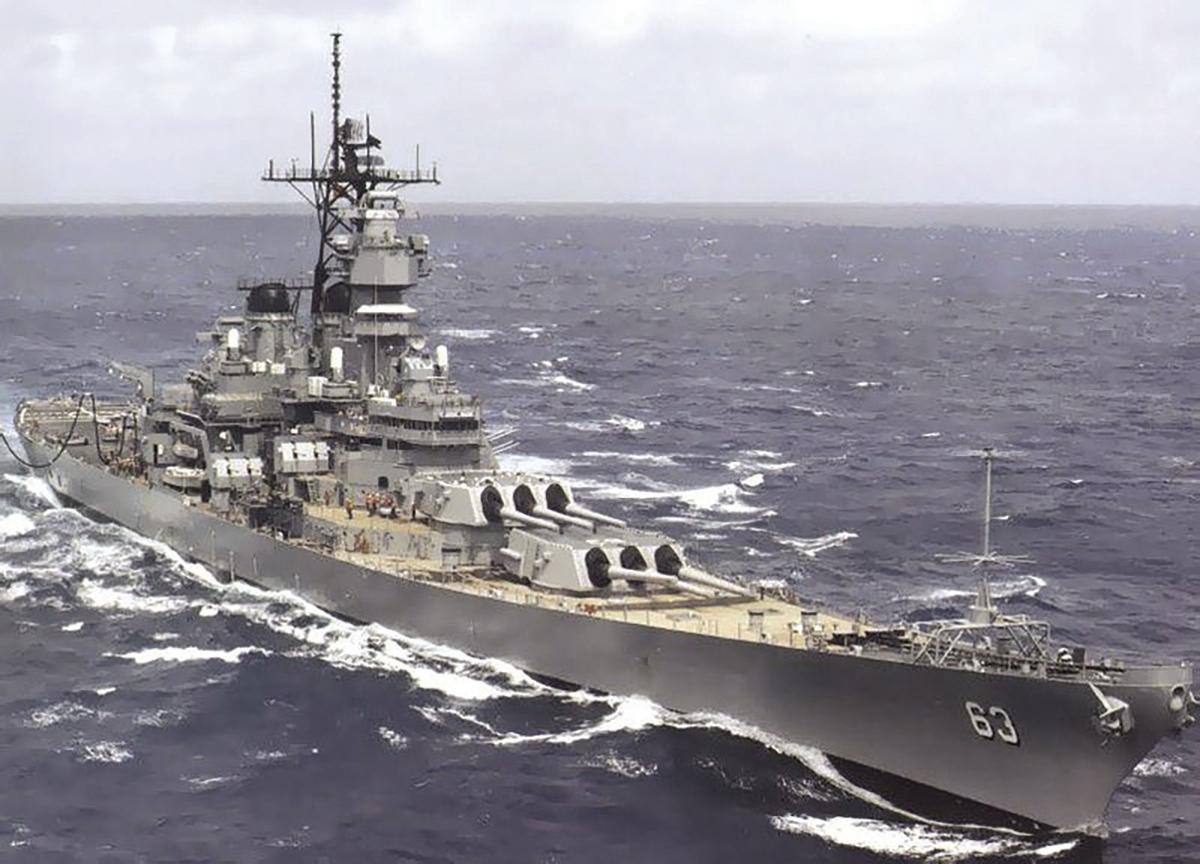 A clip that held the captain's ensign on the mast of the USS Missouri has been lost in Melbourne Beach for the past 20 years. 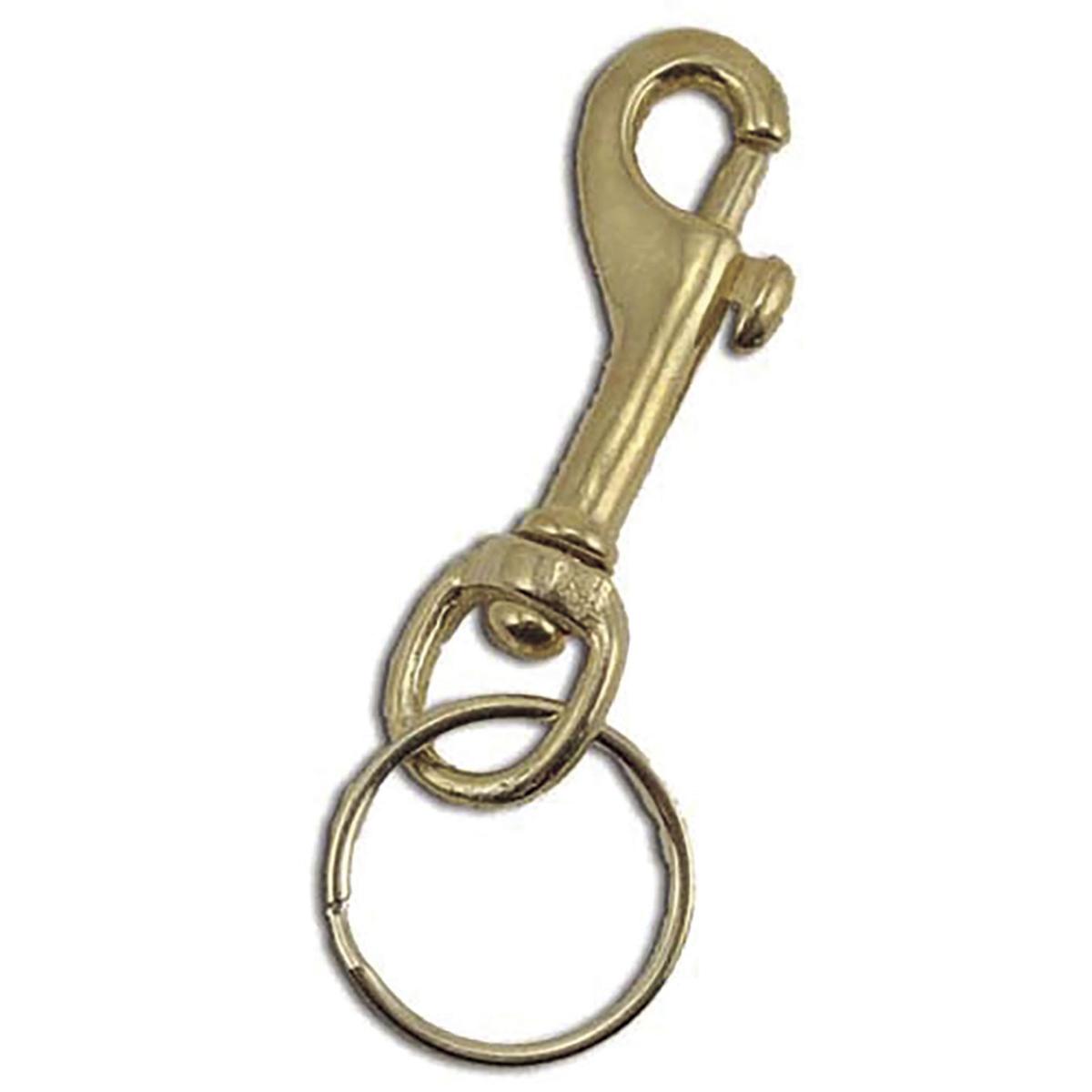 This is a generic version of the clip that held the captain's ensign on the mast of the USS Missouri. The clip has unique identifying marks to distinguish it to its owner.

BREVARD COUNTY — After losing an historic artifact while attending a wedding reception on Melbourne Beach 22 years ago, Dale McGinnis has not given up hope that it may be returned.

Every five years, Mr. McGinnis makes a post on the popular website Reddit on the off chance that he may be reunited with his lost item.

“I’ve been around Reddit for nine or 10 years, and the stories of people being reunited with lost things never ceases to amaze me,” Mr. McGinnis said. “I figured it can’t hurt.”

The item was a brass clip that once held the captain’s ensign on the mast of the USS Missouri, and was a gift handed down the McGinnis line by his paternal grandfather.

The “Mighty Mo,” as the USS Missouri is called, played a critical role in the Pacific Ocean during World War II, participating in the battles of Iwo Jima and Okinawa.

According to the ship’s website, the USS Missouri was also the site where Japan formally surrendered to the Allied Powers while in Tokyo Bay, ending World War II.

“My grandfather was a master shipbuilder at the Philadelphia Navy yards on the Delaware River,” Mr. McGinnis recalled. “He was put in charge of decommissioning the USS Missouri, and the captain gave him the clip as a souvenir that held his own personal flag above the ship. Apparently that flew high in every battle.”

As the years have gone by, Mr. McGinnis remains hopeful that someone will return the lost clip that he used as a key ring in the late 1990s.

Mr. McGinnis said the wedding reception he attended took place at Sea Oaks Beach and Tennis Club in south Melbourne Beach. After a long night of celebrating, he fell asleep in his truck and woke up the next morning at home.

“Everyone wanted to go to the super late night party at the Driftwood Resort in Vero Beach,” Mr. McGinnis said. “I was tired. I went out, slept in the back of my truck, and for whatever reason thought I’d keep them safe and put them on top of the tire.”

His roommate at the time had access to the truck’s spare key and took off with the sleeping McGinnis in the back. It wasn’t until the next morning that Mr. McGinnis realized the missing clip had fallen off the tire and was left behind in the parking lot.

Naturally, Mr. McGinnis went back to the spot where his truck was parked, but no luck.

“I walked all over that parking lot, went inside, talked to anyone who would talk to me,” Mr. McGinnis said. “I put up signs on A1A. I distinctly remember putting a lost and found classified in the Florida Today at some point and then nothing.”

Returning with a metal detector he had borrowed from his father (who knew nothing of the incident), Mr. McGinnis said he couldn’t find it. He suspects someone must have picked it up from the ground.

“It looked like a plain brass key clip, nothing valuable on it so far as anybody would know,” Mr. McGinnis remarked. “At the time, it would have had my house keys, car keys and boat keys.”

The clip, however, does carry a unique identifying mark that would distinguish it from any others.

To this day, Mr. McGinnis said he will still offer a reward if someone can return it to him. If you have any information on the missing artifact, you can contact Mr. McGinnis at dale@dalemcginnis.com.