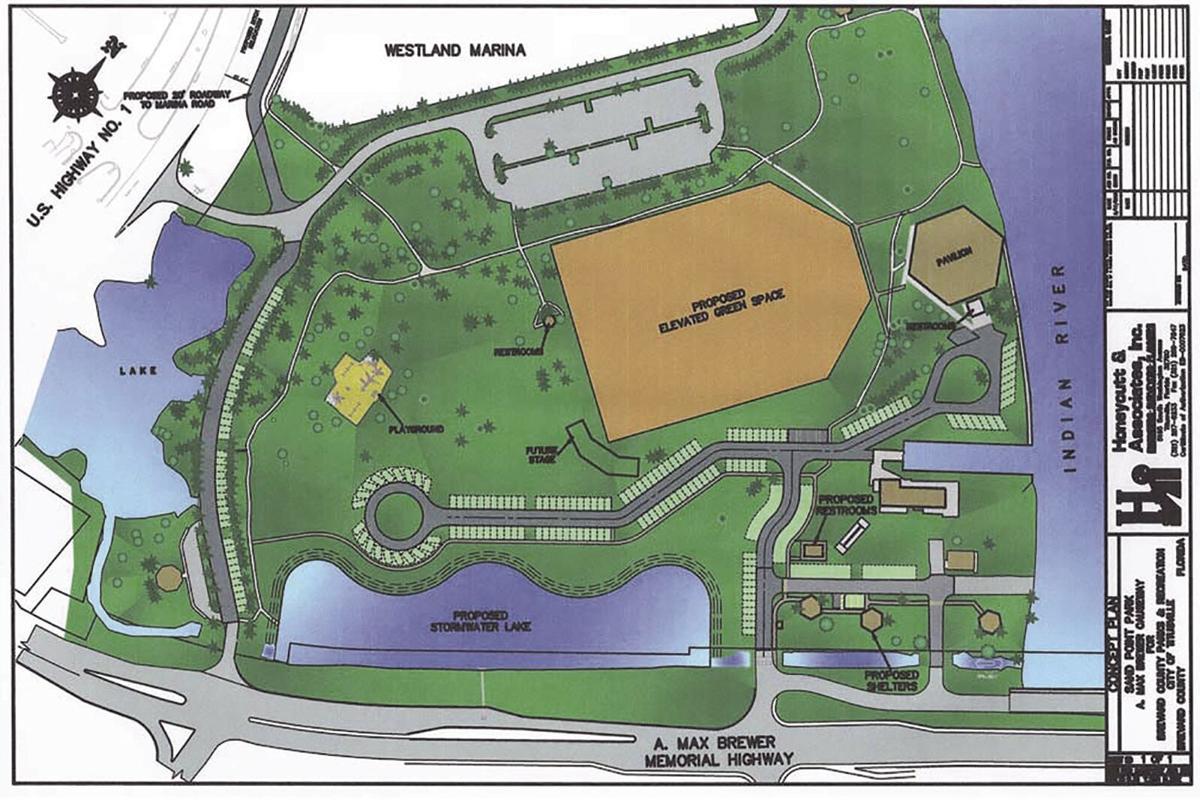 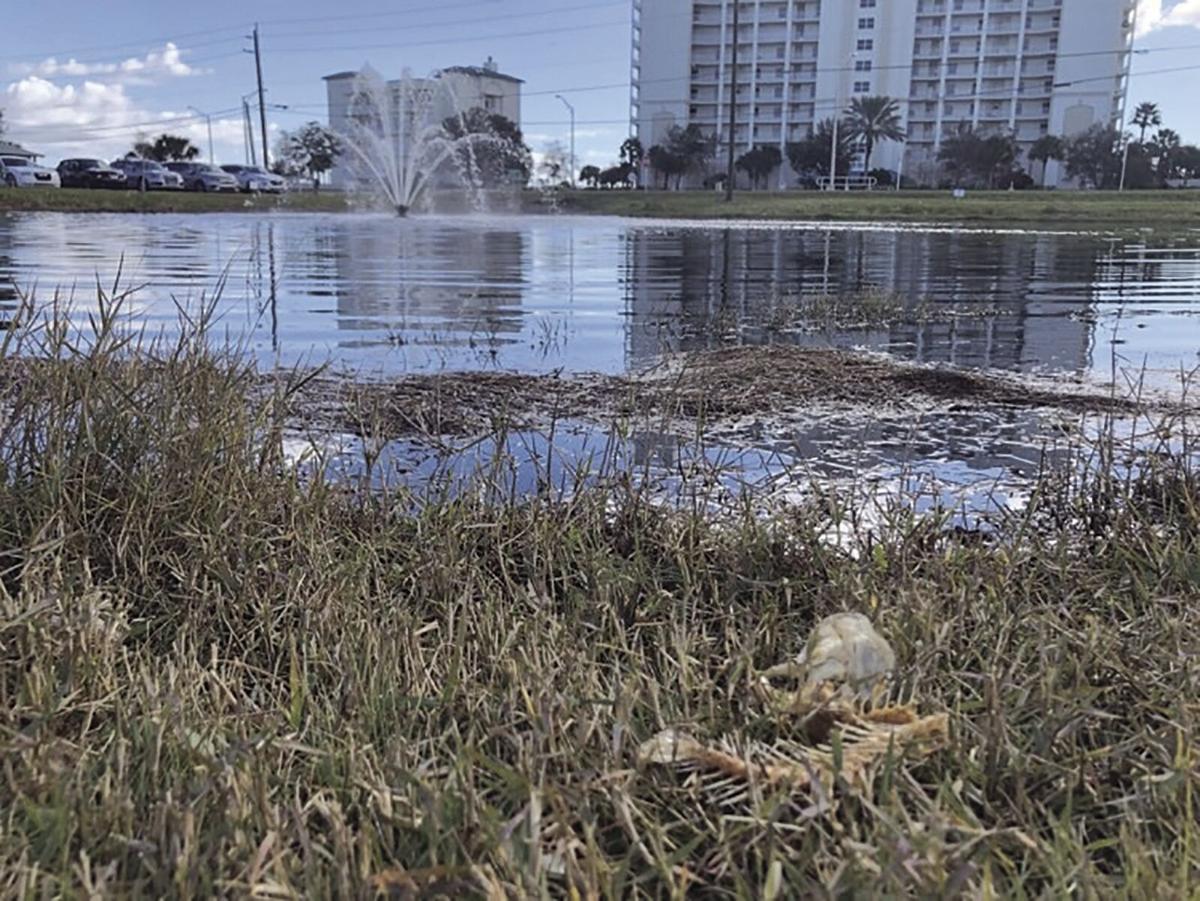 Residents in Titusville have been noticing dead fish remains at Sand Point Park as a sewage leak caused another fish kill near the Indian River. 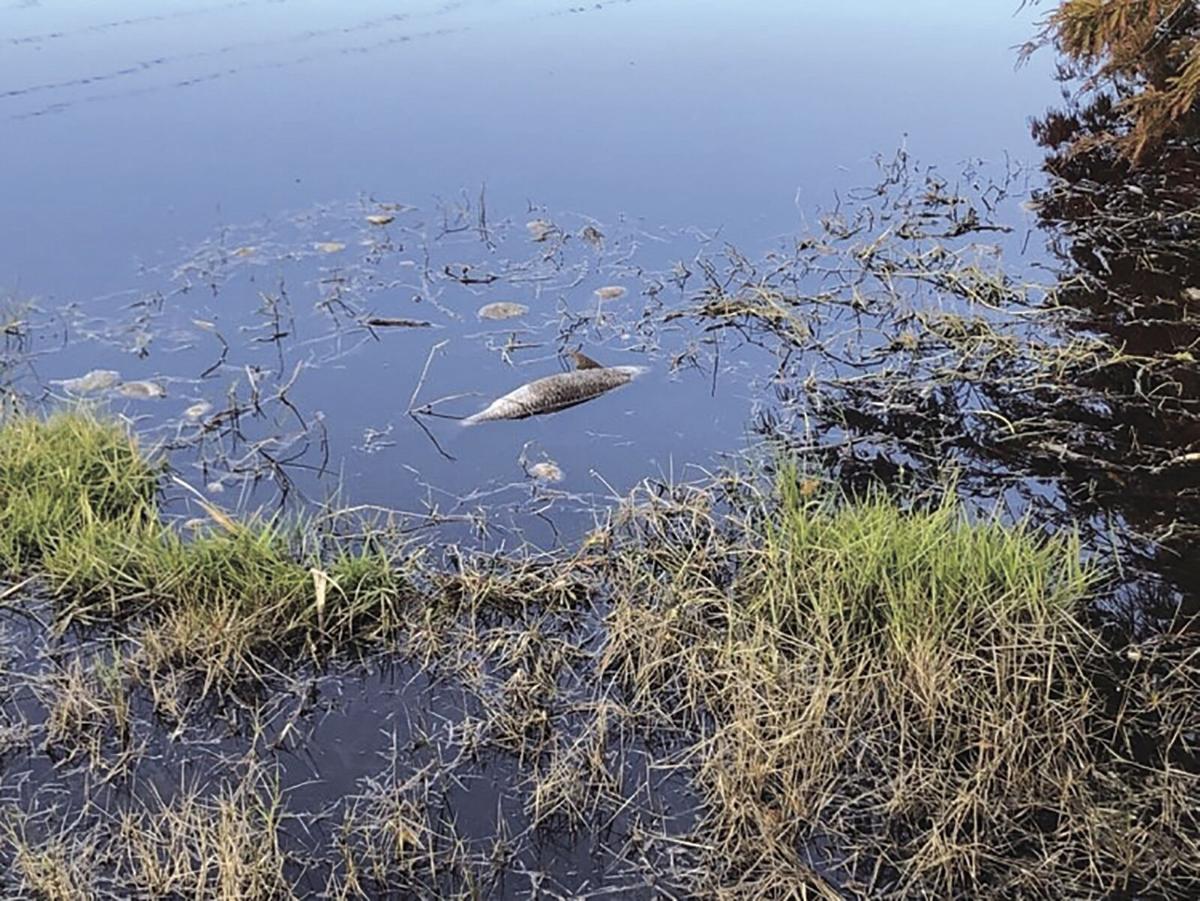 On Dec. 28, visual evidence of bloated fish were apparent at the west side of the lake and continued through the stormwater ponds surrounding it. 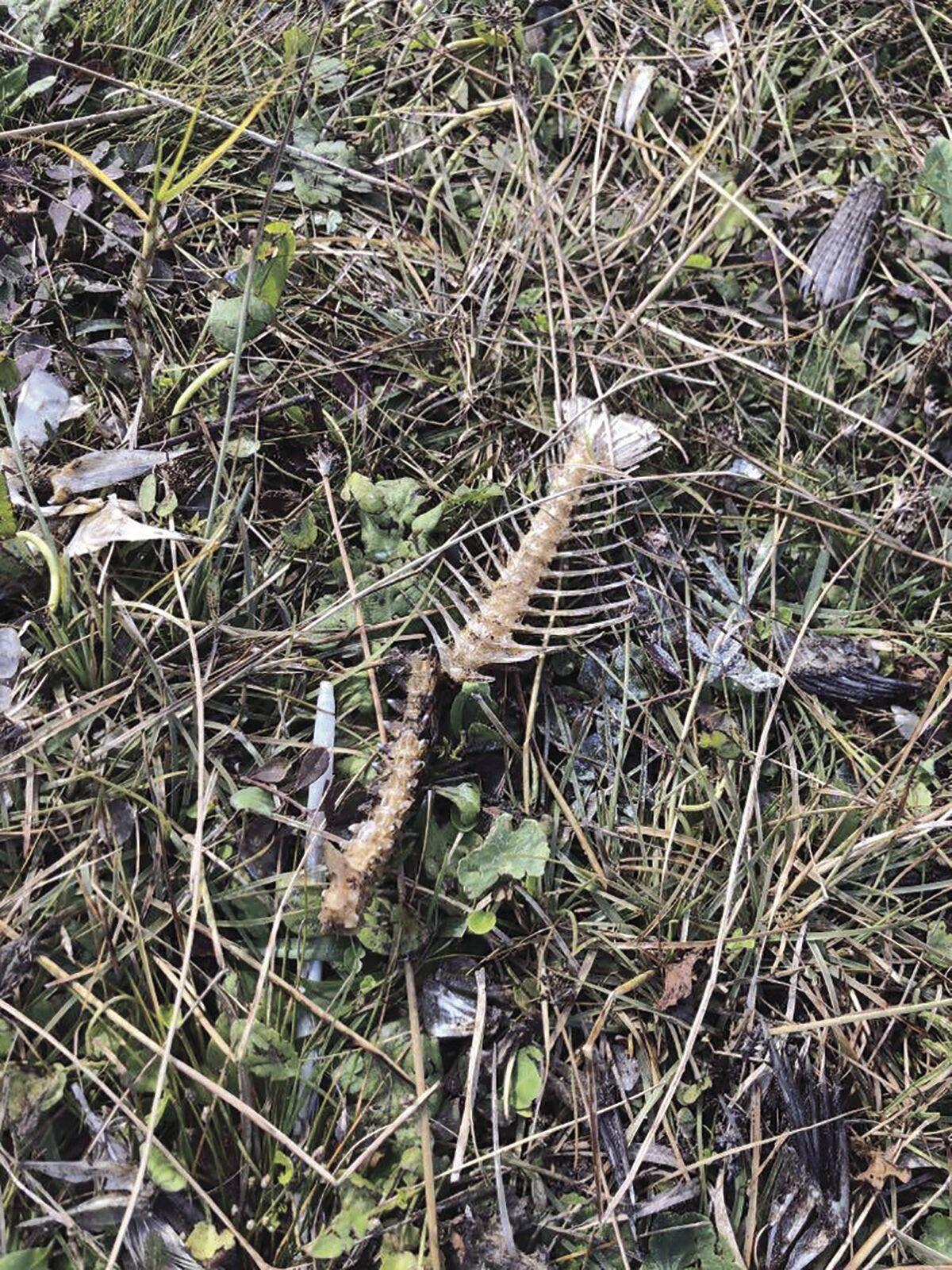 Residents have been concerned about the dead fish and wildlife that feed on it. The rims of the ponds are speckled with bloated fish and skeletal decay.

TITUSVILLE ― Residents near historic downtown Titusville have been living with the smell of rotting fish and sewage for a week after a sewage leak caused another fish kill.

On Dec. 19, an update was posted to the city's website. It stated:

"The crews were able to dam off the area around the pipe to isolate the area and pump it down to investigate. As the water came down they discovered the pipe was encased in a concrete slab 2’x6’. It is also confirmed that there is a sewage leak coming from the bottom of the pipe. The slab has prevented us from repairing the existing pipe as planned. We are now regrouping to come up with a new solution. Unfortunately this is much more complicated than expected and will take more time."

The leak is located at the western edge of Sand Point Park at a lake bordering State Road 1. Measures were taken to install signs notifying park goers of the spill and the resulting leak into the park's waterways. The signs urged visitors not to swim, fish or enter the water.

The city updated its website at 2:47 p.m. that day with installations of turbidity barriers and a commitment for prep work to begin no later than Monday, Dec. 21. The city continued to update its website surrounding the leak, but residents began noticing sewage odors and the presence of dead fish along the banks of the lakes and ponds.

On Dec. 28, visual evidence of bloated fish were apparent at the west side of the lake and continued through the stormwater ponds surrounding it. The odor of fecal matter lingered throughout the Park and as far as downtown Titusville, as workers attempted to alleviate the problem.

The ponds are connected to waterways that wrap around Sand Point Park. The lake where work began feeds into smaller stormwater ponds that run south and then east along A. Max Brewer Memorial Bridge. The canals eventually lead to the Indian River.

Residents have been concerned about the dead fish and wildlife that feed on it. The rims of the ponds are speckled with bloated fish and skeletal decay which poses questions for experts.

Erin Brockovich, environmental activist and consumer advocate, posted to Facebook on Dec. 28 stating: "It's bad enough the City of Titusville, Florida has repeated raw sewage spills... community members are forced to endure the overwhelming smell of poo and rotting fish carcasses constantly. From this [expletive] lagoon at Sandpoint Park... people come to watch Space X launches... what a comparison... third world conditions in the shadow of high-tech space exploration."

"The bulk of the sewage spill remains impounded in the Sand Point ponds via an earthen dam in the drainage ditch," she said. "Staff checks the preventative earthen dam twice daily."

"The City continues to use a vendor to haul the water from the ponds to the wastewater treatment plant. The vendor was able to remove 54,000 gallons from Space View Park today and then relocated to the west pond in Sand Point Park where 60,000 gallons were removed. To this point the City has removed a total of 358,400 gallons of water and transported it to the Blue Heron Water Reclamation Facility for treatment. The contractor and Staff will continue clean-up efforts during the New Year’s holiday and beyond."

Three aeration systems were installed in the treatment ponds that the lake feeds into, providing what the city called a “natural cleansing process" to the water. Two more were added on Dec. 31.

"Water quality sampling of each of the three ponds and the Indian River Lagoon will continue until the water quality returns to normal," Dr. Stoeckel said.

However, some residents are still not convinced this was a one-time incident, leading to the quality of the ponds themselves prior to the spill.

"I am requesting Titusville to properly clean up the sewage contaminated ponds," William Klein, a Titusville resident, wrote in an open letter on Jan. 2 to Mayor Daniel Diesel.

"I want Titusville to do its part to help restore the Indian River Lagoon. To achieve this, I think we should remove the muck in the Sand Point Park ponds by mechanical means. Either pump out both ponds and remove the muck or the more expensive option would be dredging. How can we make this happen?" it read.

Stan Johnson, another Titusville resident and Brevard County resident of 50 years, sent five emails to the city throughout the week directing them to address the problem and provide information, but received no response until Jan. 3.

As of Jan. 4, the city has only the previous days update from Jan. 3 stating: "No floating debris was observed in either the Sand Point Park Ponds or Space View Park. Odors continue to subside and are now limited to the west pond in Sand Point Park...Water Quality sampling of each of the three ponds and the Indian River Lagoon will continue until the water quality returns to normal."

Residents are advised to keep track of the ongoing efforts by visiting the city's website at titusville.com