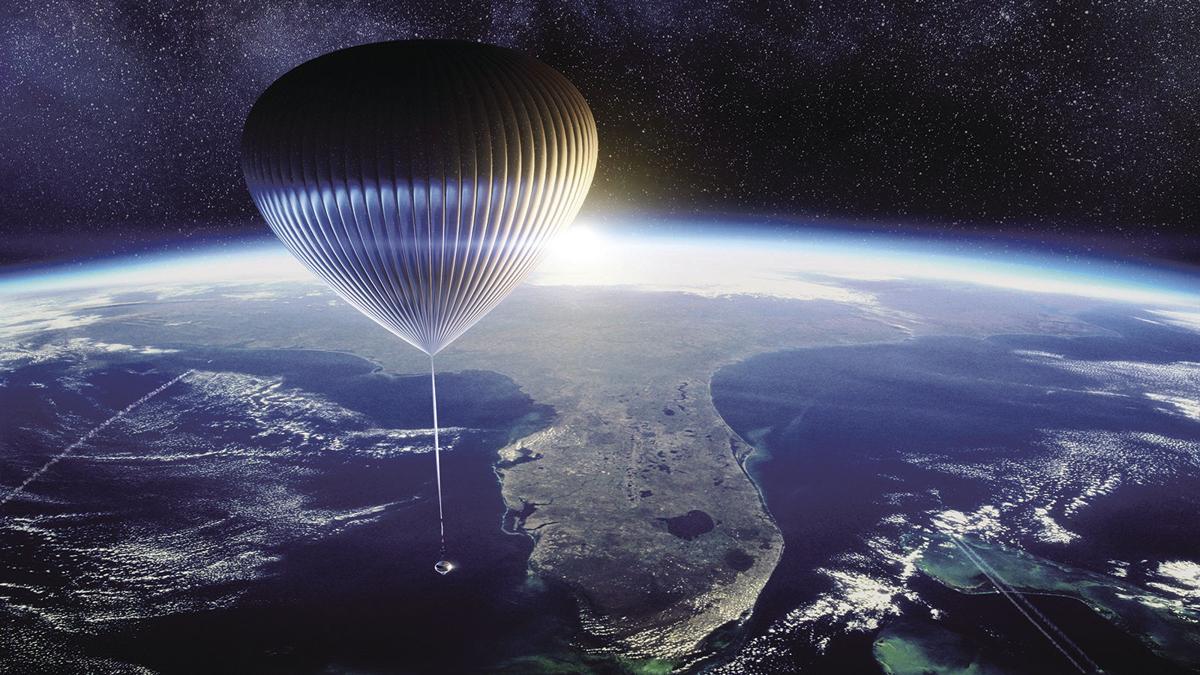 The Spaceship Neptune will take up to eight passengers on a six-hour journey to the edge of space. Test flights will begin in 2021. 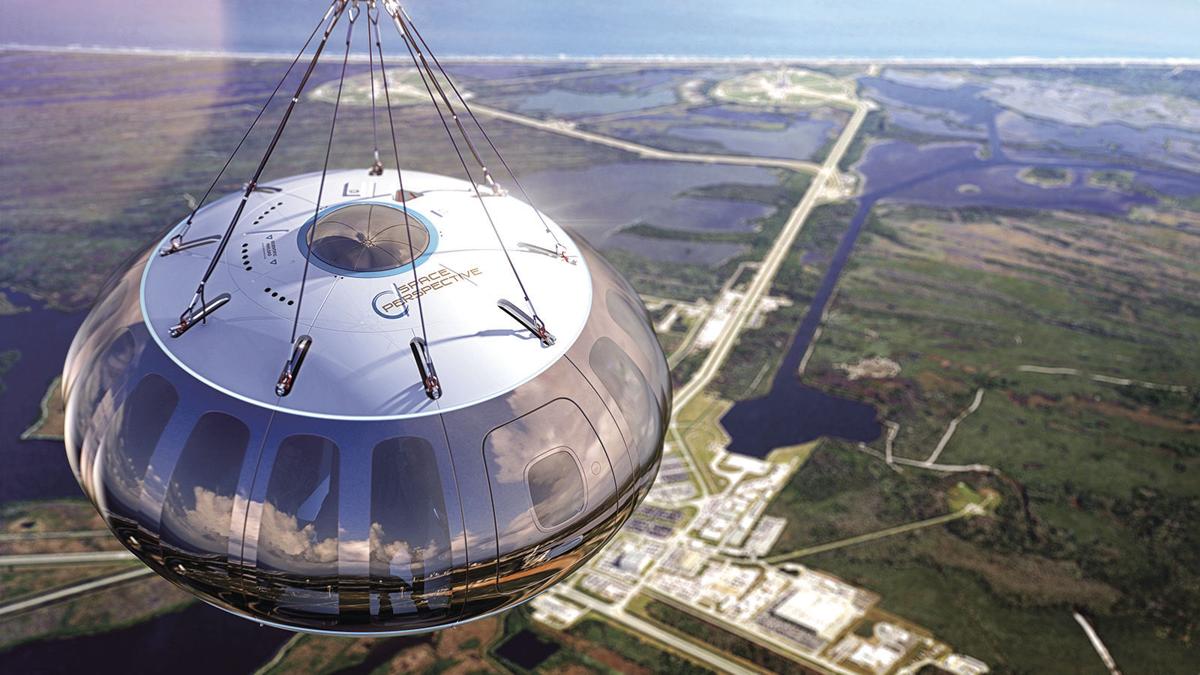 The Spaceship Neptune will take up to eight passengers on a six-hour journey to the edge of space. Test flights will begin in 2021.

BREVARD COUNTY — An exciting opportunity is coming to Kennedy Space Center that will allow eight passengers to fly to the edge of space in the near future.

Weddings, corporate events and educational opportunities will be available for those who can afford a ticket aboard the Spaceship Neptune, a high-performance balloon and pressurized capsule built by Space Perspective.

Space Perspective founders Jane Poynter and Taber MacCallum presented their operation in an online press conference June 18, and answered questions regarding this new touristic venture to the edge of space.

“Spaceship Neptune for the planet but also for the god Neptune, the god of water, which ties Earth and space beautifully together,” Ms. Poynter said. “That is a lot of what Space Perspective is about. When we take all the people that we want to take to the edge of space, we want them to really be able to experience what astronauts talk about, seeing the Earth in space.”

The first un-crewed test flight is scheduled for early 2021 but future passengers (referred by the company as “Explorers”) are encouraged to sign up and claim their seats. The company will also fly research payloads aboard the spaceship.

Explorers will fly in a gentle ascent up to 100,000 feet in a six-hour journey to the edge of space and back. The Spaceship Neptune will cruise above the Earth for two hours where passengers can share their experience via social media.

Inside Neptune, eight seats will be facing outwards toward the windows, and the middle floor area will be utilized as a bar area and bathroom.

After, the spaceship will make a splash down landing where a ship will retrieve passengers, the capsule and the balloon.

“Neptune is the very first edge of space research and education lab,” Ms. Poynter said. “It’s a core part of our business. We’re going to be flying experiments, and we’re going to have the opportunity to fly the same instruments again and again. This is very rare for those who have done research in space.”

Research opportunities such as recording climate change, atmospheric science, solar, astrophysics and astrobiology will give scientists data to help further their studies.

Space Perspective and NASA have entered into a Space Act Agreement, according to a press release, which allows NASA to provide unique services at Kennedy Space Center on a reimbursable basis.

Space Perspective plans to launch from the Launch and Landing Facility, in addition to launching from Cecil Spaceport in Jacksonville.

“We came to Florida because it’s a peninsula, and that allows us to operate year-round,” Mr. MacCallum said. “The peninsula was our first stop and Kennedy Space Center is an amazing resource, it’s truly a national asset so we’re quite honored to be operating from Kennedy and working with Space Florida.”

Ms. Poynter and Mr. MacCallum are also the co-founders of World View Enterprise and Paragon Space Development Corporation. Together they helped a team design air, food and water systems for Biosphere 2 in the early 1990s, and were on the first two-year mission inside.

Other Space Perspective board members include Alan Eustace, a Google executive who flew to 136,000 feet under a balloon and broke the Stratos Spacedive record in 2014; Kirby Harris, from Base Ventures; and NASA Astronaut Jeff Hoffman who was a part of the first mission to repair the Hubble Space Telescope in 1993.