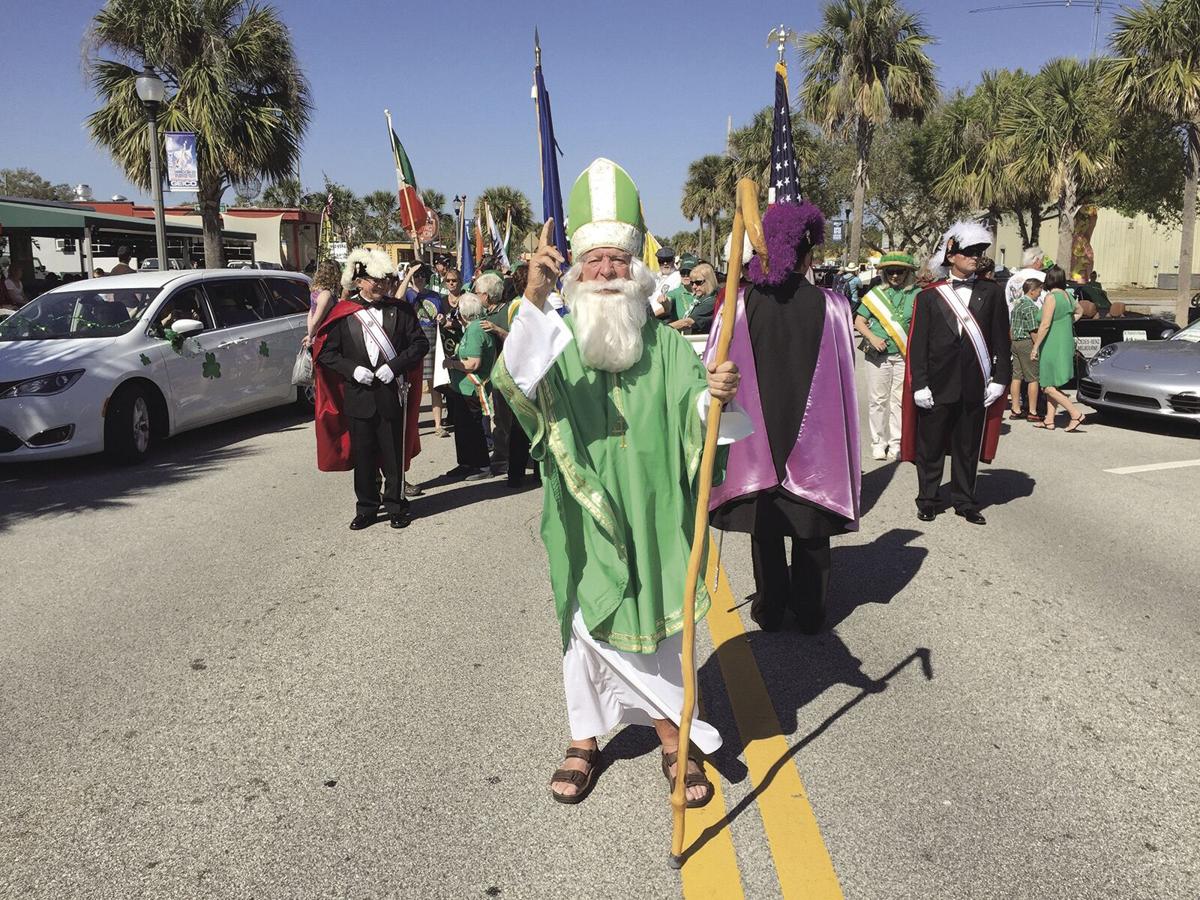 BREVARD COUNTY ― The celebration of St. Patrick and his spread of the Christian faith through Ireland will once again take to the historic downtown streets of Melbourne.

The Ancient Order of Hibernians (AOH) Brevard division will present the 31st annual St. Patrick’s Parade on Saturday, March 20. The parade will begin at 11 a.m.

The AOH is a nonprofit that works to raise funds for local charities and other causes throughout the county. The parade has been a part of AOH tradition in Brevard County since 1981.

"This is our biggest fundraiser and with that money we donate to pastors going into seminary who may need some assistance for school," said Todd "Mac" McDonald, president of the AOH. "We also donate money to hunger projects, scholarships for students and generally help support the Catholic Churches in the area."

The parade will feature a number of different Irish music groups, floats, Irish culture and more. The event has become a venture for both the AOH and local businesses.

Due to Covid-19, the parade will be missing some of the local churches and schools who usually participate, but it won't be without its Irish heritage traditions and commemoration of servicemen and women.

"The core of the parade has always been to honor service folks: veterans, first responders, police, fire. That's always been the core," he said. "Around that, like any Irish parade, you want to have some bagpipes bands. We should have at least one of them this year."

Mr. McDonald invites attendees to dress their Celtic ancestry canine in the green.

Local law enforcement and first responders from around the county participate in the parade. Melbourne and West Melbourne Police Departments will be participating as many of the beach police departments and several county fire departments.

The parade highlights veterans and retired law enforcement groups such as local Vietnam veterans’ groups and the 1013 Club of Brevard County, an organization of retired police officers.

"We have many veterans, which is great," he said. "Brevard is home to many retired veterans. It's a really nice thing for the parade because its main goal is to honor those folks."

Mr. McDonald is working on finding a representative from a law enforcement department as an "honorary commander" for this year’s parade.

Father Doug Bailey of Our Lady of Lourdes Catholic Church will be this year’s Grand Marshall. Father Bailey was bestowed the title last year in the parade’s traditional "The Passing of the Shillelagh"; the ceremonial passing of an Irish blackthorn walking stick.

The St. Patrick's Parade Queen will be last year’s nominee, Cailyn Easton, a local Irish dance student. After a yearlong wait, she will participate in the returning parade.

Preparation for this year’s parade proved easier given that last year’s parade was canceled due to Covid-19 just days before the start. However, the AOH lost one of its major fundraisers due to the shutdowns.

"It was good and bad," he said. "The good thing is this year it is not as hard to prepare for, but the bad thing is we lost a year of donations from the parade."

Participating sponsors and organizations did not have to pay again for this year’s event, but some gave extra money in support of the AOH and its goals in the community.

"I felt that everyone who donated last year should be rolled over into this year, we appreciate the support," he said.

The AOH is still looking for volunteers and sponsors leading up to the parade.

"It's going to be a little bit smaller because we had to put together a COVID plan this year and some groups are not participating," he said. "It'll be normal COVID restrictions. We recommend that everyone wear a mask. If you're on a float and you’re closer than six feet from someone, be safe and wear a mask."

Masks and hand sanitizer will be provided for attendees throughout the parade. Attendees are encouraged to arrive no later than 10:30 a.m. with a chair for optimal seating and viewing.

T-Shirts and bottled water will be available for purchase.

This is irresponsible for the City of Melbourne amid a pandemic. Crowds will gather. I suppose whomever decided this was a good idea doesn't like seeing the Covid infections and deaths on the downward swing.