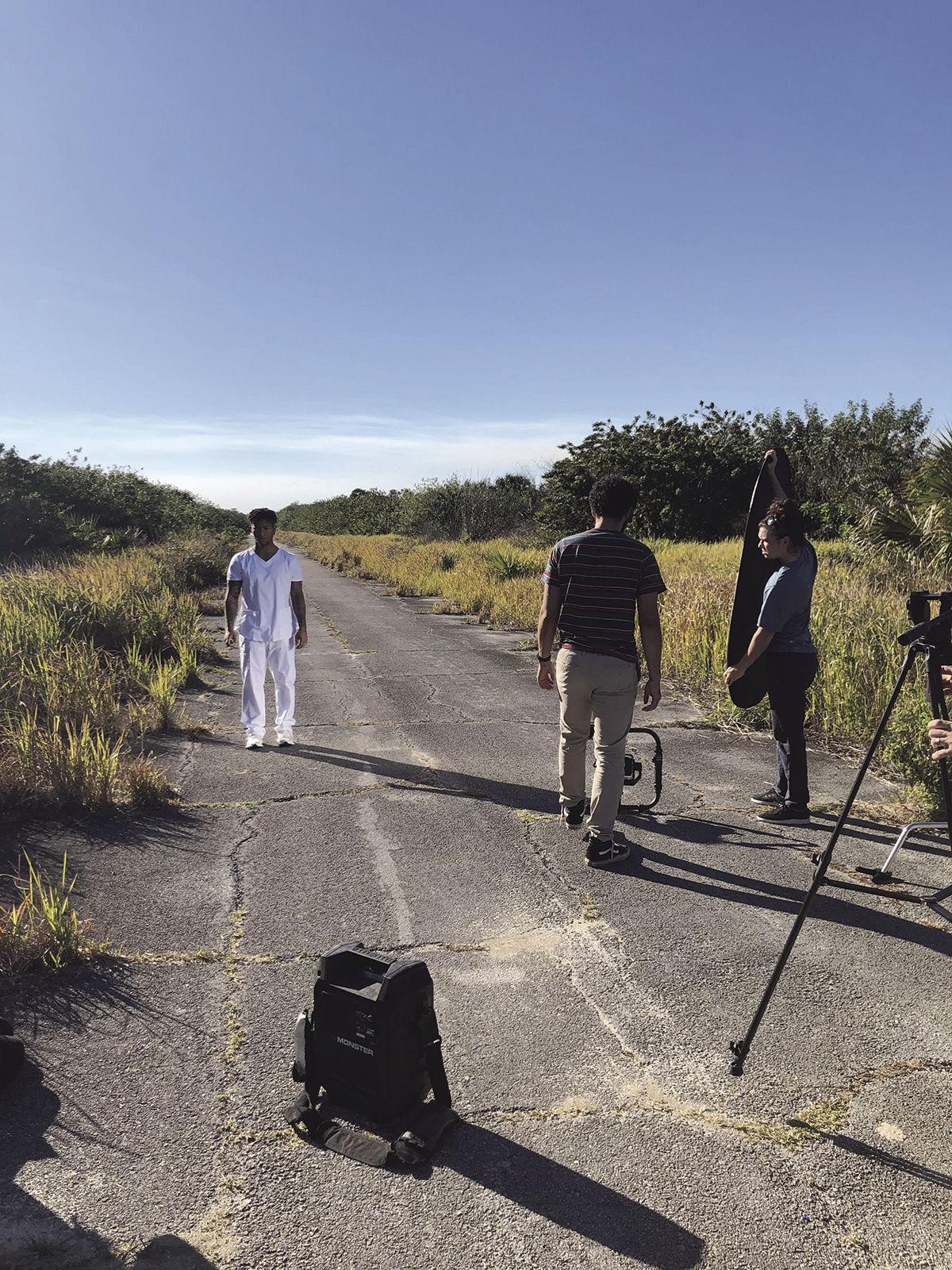 WWE's Lio Rush stands for a shot while lighting is adjusted on location in Palm Bay. 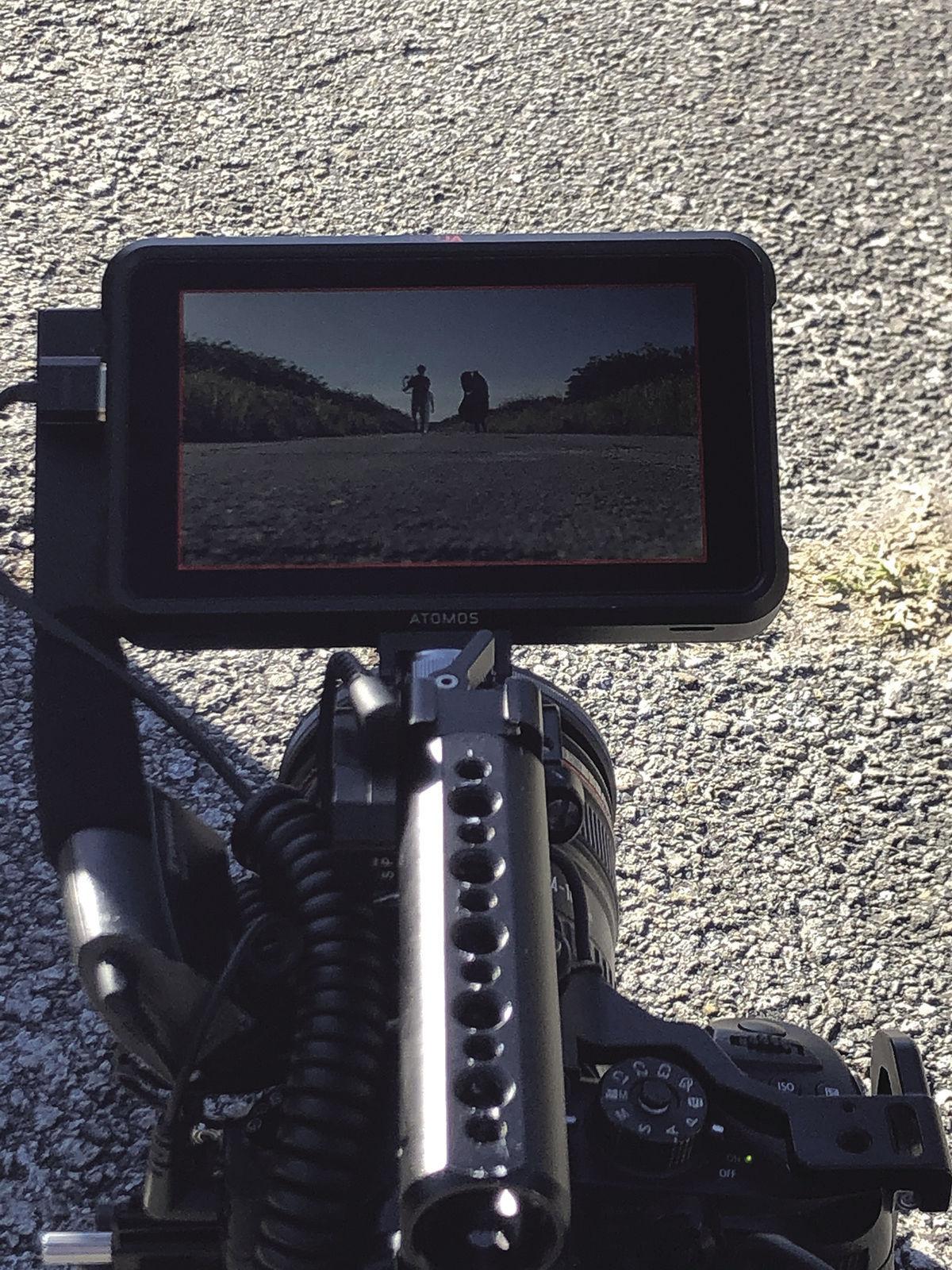 WWE's Lio Rush stands for a shot while lighting is adjusted on location in Palm Bay.

When I started acting, I didn't intend for it to really go anywhere.

I enjoy the easily pliable rules to writing fiction, and the ability to play pretend, which is in contrast to my often rigid, AP-style writing.

As a young writer, I loved to create alternate worlds with purpose and characters that were easy to relate to, so naturally I thought of acting as an extension to that. An acting teacher once said to me that acting is not just playing pretend, it's being present in an emotion. I've thought a lot about that as I've gone through the decidedly difficult process of choosing roles and committing to the craft.

The subculture of filmmakers, actors and musicians in Brevard County, to me, is a very cordial group of artists who are often overlooked. I've been surprised by how accessible small acting roles are in the area.

For instance, on a Monday afternoon I found myself leaving work for a hip-hop video shoot in Palm Bay.

I had no idea what kind of film this was before I arrived onset. When I met with the director, Xavier Larson, I discovered it was a music video for WWE star, hip-hop artist Lionel Gerard Green. He's better known by his ring name: Lio Rush.

I drove to the meeting point in the barren stretches of property in The Compound, a secluded, undeveloped sprawl of property in Palm Bay where all-terrain vehicles, dirt bikes and outdoor enthusiasts roam.

"I thought I'd bring it back to my roots in Palm Bay. The first place I thought of was The Compound," Mr. Larson said. "It has kind of an abandoned vibe for the video."

He's right. You might as well shoot the next Mad Max film there.

"The idea for the video was completely my idea. [Lio] sent me the song about five weeks ago and he wasn't too sure what direction he wanted to push it in," Mr. Larson said. "I said the song is definitely more-so on the chaotic side, but it also has that rebellious feel to it."

My role, as an extra, was to play a hospital orderly chasing Lio through the Compound after his escape from a mental health facility.

"It was a riot/escape theme. I definitely wanted him running through the field. I wanted it to seem more hectic than it was, and its hard to film that in a city setting like Melbourne or any other place in the county."

The shoot wasn't without a few hiccups, but I've never been on a film set that didn't run into problems. The video's budget allotted for up to 30 people to be cast as extras in the video. Mr. Larson gave enough notice to obtain as many actors he could to give the project authenticity, but came up shorter than anticipated.

"When it came time to film, only about five people actually showed up so that was the biggest hurdle right there," Mr. Larson said.

Limited actors meant some story revisions. Mrs. Larson and Lio Rush were often skirted off away from small conversations, running over ideas with each other.

"I had to make some last minute decisions to kind of curve that creative shift," Mr. Larson said. "I told Lio we should do something more along the lines of a escaping from a mental institution because that's what some of his previous videos were based on. I wanted to stay consistent."

In one of the takes, I tripped hard trying to sprint out of the elevated ditch and onto the road. As soon as I knew I was going down, I committed. Fortunately, the palms of my hands took most of the damage.

More fortunately, Mr. Larson got it all on camera.

"Josh falling made it so much more realistic of a chase like that actually ensuing," Mr. Larson said.

The take was a great example of the controlled chaos that can happen on set and the unexpected success of a resulting shot.

"I can definitely see in a scenario like that, our protagonist actually running fast enough to where our nurses would be tripping up over themselves to catch up," Mr. Larson said. "It really timed up perfectly with another extra who was trying to make that split-second decision on whether to stay and help Josh or chase the protagonist."

It's all for the art.

"It's definitely a clip that's making it into the final product," Mr. Larson said.

The opportunity could only be described as bohemian; I was able to put gas in my car with payment from my artistic expression. I was waiting for the spirits of personal idols like Jack Kerouac or Allen Ginsberg to appear like force-ghosts, silently approving.

I would like to thank Mr. Larson, Lio Rush, my fellow cast members and the crew for the opportunity.

There really is no other feeling like being acknowledged for passions.